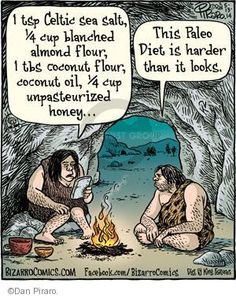 Over the two main days of the Australian Diabetes Society and Australian Diabetes Educators Association, I was sick. My body loves timing these things well and over this week, I finally conceded defeat and took time off for the first time in a long while. Although that meant missing most of the conference, I was still able to get down to the Technology in Diabetes session on Wednesday as well as the Consumer Outreach Program on the Friday.

Disclaimer: I was sponsored by OzDOC to attend the Consumer Outreach Program on the basis of shamelessly plugging of one of the best communities I have ever been involved with.

I am so excited about the prospect of researchers and clinicians acknowledging and utilising technology in their diabetes services. Discussed technology ranged from apps to web based services to telehealth services and even incorporating existing tools into clinical settings. Interestingly, the common denominator I’ve taken away from this session was that technology should never be used in isolation. They are designed to be incorporated into a multidisciplinary setting, so why aren’t we seeing more of this in practice? I loved the idea Associate Professor Anthony Russell trialed of having a multidisciplinary diabetes team videoconferencing with patients. It only makes sense. Sadly, there currently only seems to be government funding for it in remote and rural places of Australia. With the growth of online technology, future options for healthcare is vast. As Dr Kathleen Gray so aptly put it, there needs to be a change in learning models to incorporate the numerous health care devices we have and social media.

This is the first time that ADS/ADEA have incorporated sessions specifically for consumers. However, it would have been nice if the speakers were notified about their intended audience as well. I darted off to the Nutrition in Diabetes session in the morning, which I found to be particularly informative. Rumors had it that they had tried to fight for a larger room, however, it just wasn’t to be and as a result, many people missed out on it. In summary, evidence favoured an overall lowering of carbohydrates in helping to manage BGLs. There is overwhelming evidence to suggest that an over restriction of carbohydrates in the diet is associated with lower emotional well being and cognition. So I guess the take home message is to be sensible about your eating habits. However, sensible doesn’t sell, hence the popularity of these fad diets such as the Paleo diet, which as Associate Professor Tim Crowe points out, is more of a lifestyle than a diet. Besides, the diets of our paleolithic ancestors varied greatly from location to location. Plus I doubt many of them had access to foods such as buttered coffee of coconuts.

Admittedly, I felt extremely out of my depth in the exercise session. I could blame it on the hypo I had at the start of the session, but really, the talks were all aimed at clinicians with the use of complex terminology. Generally, it was fantastic to hear that more research is being done on the effects of sedentary behaviour but also seeing practical solutions to these problems. I love it when people are solution focused! To many times, researchers and clinicians talk at length about problems but are quick to shut down any solutions because they have already deemed it to be to difficult to implement or sustain. So special shout out to the team at Baker IDI for their solutions-based research.

Overall, the whole day came across like it was still primarily aimed at researchers and clinicians. For a “Consumer Outreach” program, this wasn’t appropriate and I doubt many speakers were aware of this program to tailor their presentations to their audience. Many consumers who attended felt like second class citizens, particularly around meal times where consumers’ food were served in a separate area far away from other delegates. At the end of the day, ADS/ADEA have taken an enormous step towards attempting to engage consumers in their Annual Scientific Meeting and they should be commended on that. The embrace of social media and twitter feeds on screens were also definitely welcomed. But at the same time, much needs to be improved for next year’s conference.

Your little footsteps next to mine ❤️
One of my favourite shots of all time ❤️
🍂 Feeling like everything is just slightly out of reach 🍂
The best and worst thing about being a mum? It forces you to slow down. As I embrace life in the slow lane, I’ve come to appreciate working on the relationships I have around me, with my family, friends, colleagues and students. Because you never know the impact you may have on a person who will go on to change the world. 🌎
🦋The end of my first #DexcomG6 sensor🦋
What a privilege to attend the Kellion Victory Medal award ceremony today. We cheered on and celebrated people who have been living with type 1 diabetes for 50 years or more, including fellow @diabetesvictoria Consumer Advisory Committee member, Peter!
🥛💦 sometimes you just need to cry over spilt milk 🥛💦
💫 feeling appreciated is such an underrated thing. Today I received a surprise little gift from the chair of a board I work with for all my efforts helping them with their socials. Yes there is a lot of work and effort that goes into it but I had expected it. What I didn’t expect was the gratitude of others.